Book > Textbooks > Mass Communication
SAGE online ordering services and account tools will be unavailable due to system maintenance between 1am and 3pm BST, Saturday 19th September. If you need assistance, please contact SAGE at info@sagepub.co.uk . Thank you for your patience and we apologise for the inconvenience. 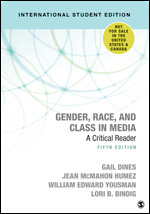