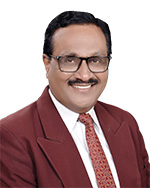 Sudhanshu Tripathi is Professor, Political Science, at Uttar Pradesh Rajarshi Tandon Open University (UPRTOU), and Director (Incharge) at School of Social Sciences, UPRTOU. He has been teaching political science and international relations for the past three decades. He takes keen interest in reading and writing on contemporary and current issues of national and international significance. His book NAM and India and a co-authored book in Hindi Rajnitik Avadharnayein have been published besides numerous articles and research papers published in several national and international journals and magazines, including online journals. Besides academic activities, the author actively participates in social activities in the larger interest of humanity. He organized a mass awareness rally in 2011 against massive corruption, particularly at public places of higher institutions, in the wake of Anna Hazare’s ongoing fast unto death against corruption in New Delhi. He was the president of the Teacher’s Association in MDPG College, Pratapgarh, Uttar Pradesh, during 2013–2017 and was also the vice-president of the Shikshak Mahasangh in the district unit of Pratapgarh during the same period. He was awarded with the Saraswat Samman by Pt. S. R. Institute of Education and Technology (PG College), Pratapgarh, on “Shikshak Divas” (Teacher’s Day) in 2016 and was also honoured on the same day in 2019 by Lion’s Club Allahabad Central at UPRTOU, Prayagaraj (UP).He also organized a Run for Unity in UPRTOU, Prayagraj, on National Integration Day in 2017, apart from discharging a variety of responsibilities in the corporate field and management of the university as well as society. He is also on the Editorial Advisory Board of the Third Concept journal.