Stephen G. Tibbetts, currently a Professor at California State University, San Bernardino, has been pursuing an understanding of criminal offending for over the past two decades. He has attempted to discover the extent to which individuals’ inherent dispositions and attitudinal traits contribute to their offending decisions, especially in relation to other factors, such as demographic, developmental, and situational factors. Dr. Tibbetts’ research has included work on the differences between men and women in their decisions to commit deviant behavior, as well as their perceptions of risk and consequences of getting caught. His additional research interests include the effects of perinatal disorders as an influence in future criminality, the etiology of white-collar crime, and gang intervention.  Dr. Tibbetts has published nine books and more than 50 scholarly papers examining various issues in criminology. He received the 2011 Outstanding Professor Award at CSU, San Bernardino. He previously worked extensively as an Officer of the Court in providing recommendations for dispositions of numerous juvenile court cases from 1997 to 2008. 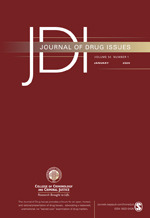