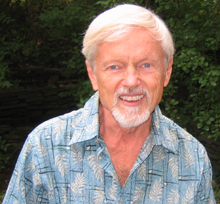 Richard P Tucker is Adjunct Professor of World Environmental History at the School of Natural Resources and Environment, University of Michigan, USA. He is a specialist on the environmental history of India, which is a progression of his earlier work on the freedom movement in Maharashtra. His first book was Ranade and the Roots of Indian Nationalism (1977). Recently, he has studied the global neoimperial impacts of the United States in Insatiable Appetite: The United States and the Ecological Degradation of the Tropical World (2000). He is presently the coordinator of an international network on the environmental impacts of war and mass violence; his first work in this area was co-edited with Edmund Russell, Natural Enemy, Natural Ally: Toward an Environmental History of War (2004).

A Forest History of India