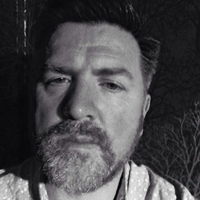 Martin joined Southampton Solent University from the University of Sunderland in July 2007. He studied for his first degree at Nottingham Trent University where he was awarded a BA (Hons) Communication Studies.

He gained an MA Media and Cultural Studies at the University of Sunderland, where he also received a PhD. His doctoral thesis was called ‘Versioning Histories and Genres’, a commentary on his books State of Bass: Jungle – The Story So Far(1997) and French Connections: From Discotheque to Discovery (2002).

Prior to becoming a lecturer in 2004, Martin was an internationally renowned music journalist who had worked on the editorial teams of some of the biggest magazines on the market. He also regularly contributed to almost every major music and lifestyle magazine, and numerous daily broadsheet newspapers. Martin has also written several internationally published and critically acclaimed books about music, including biographies of The Prodigy and Dave Grohl.

Since 2009 Martin has coordinated Southampton Solent University’s associations with some of the UKs finest independent festivals including Glade, Bestival, Camp Bestival, Blissfields and Common People. Through these link-ups our students have been able to gain experience in various areas of music and media performance and production industries.

In 2014 he co-edited the ‘Music Journalism Special Edition’ of the peer-reviewed International Association for the Study of Popular Music (IASPM) journal.In 2015 Martin launched IAMJREP (The International Association of Music Journalism Researchers, Educators and Practitioners), a collaborative venture with scholars throughout the world.
Understanding the Music Industries