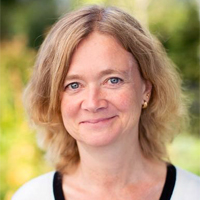 Kristina Boréus is Professor of Political Science at Uppsala University, Sweden. She has studied ideology and ideological change, discrimination against migrants and racialized employees at Swedish workplaces, and right-wing populism in Austria, Denmark, and Sweden. Her publications in English include ‘Patterned Inequalities and the Inequality Regime of a Swedish Housing Company’ (with Ulf Mörkenstam, 2015, in Nordic Journal of Working Life Studies); ‘Nationalism and Discursive Discrimination against Immigrants in Austria, Denmark and Sweden’ (2013, in Wodak, R., KhosraviNik, M. & Mral, B. (eds) Right-Wing Populism in Europe, Bloomsbury Academic) and ‘Discursive Discrimination: A Typology’ (2006, in European Journal of Social Theory). She takes an interest in different kinds of textual analysis as method and theory and has published Textens mening och makt (with Göran Bergström, Studentlitteratur), a Swedish textbook that appeared in its third edition in 2012.

Migrants and Natives - 'Them' and 'Us'
Analyzing Text and Discourse