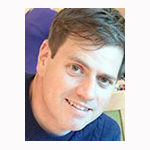 I became a Professor in Criminology at Staffordshire University in 2017, having started my career as a   Lecturer in Criminology in 2003 at the University of Central England.  Before I moved into academia I had previously worked for NACRO and the National Probation Service.  I have previously held academic posts at Birmingham Law School (University of Birmingham) the Centre for Applied Criminology (Birmingham City University) and the Department of Criminology (University of Leicester).  I am currently a member of the executive with the British Society of Criminology (and act as Chair of the Prizes Committee).  I was academic advisor on the Howard League Commission into Ex-Military Personnel in Prison (advising the inquiry chair Sir John Nutting QC). I was opening speaker at the launch of Secretary of State for Justice's Inquiry into Veterans within the Criminal Justice System in London in April 2014.

My research is largely based on ethnography and in depth interviewing.  I undertook a long term ethnographic study of the English Defence League publishing material from that project (with Simon Winlow and Steve Hall) in the well-received book ‘Rise of the Right’.  Prior to that, I used ethnographic methods to study the August 2011 English Riots and material generated from that project featured in ‘Riots and Political Protest’ (With Simon Winlow, Steve Hall and Dan Briggs).  My Sage published textbook ‘Criminology’ (2013) is in its second edition and is used as an introduction to the subject of criminology at several universities. I have contributed to a number of criminology and sociology edited collections.  I have published articles in international Journals such as the British Journal of Criminology, Criminology and Criminal Justice, Crime, Media, Culture and the Howard Journal of Criminal Justice