Herman Aguinis is the Avram Tucker Distinguished Scholar and Professor of Management in the George Washington University School of Business. He has been a visiting scholar at universities in the People’s Republic of China (Beijing and Hong Kong), Malaysia, Singapore,
Argentina, France, Spain, Puerto Rico, Australia, and South Africa. His research, teaching, and consulting address the acquisition and deployment of talent in organizations and organizational research methods. His life and professional agenda is to have an impact on the academic community, but also on society at large, and his research has been featured by numerous media outlets including Forbes, Wall Street Journal, National Public Radio, The Economist, and Bloomberg Businessweek. He has published more than 150 refereed journal articles and eight books, including Performance Management (4th edition, 2019); delivered more than 130 presentations at universities in 20 countries; and secured US$5 million in extramural funds (e.g., National Science Foundation). He has been elected to serve as president of the Academy of Management (AOM), is also a Fellow of AOM, American Psychological Association, Association for Psychological Science, and Society for Industrial and Organizational Psychology, and is a past president of the Iberoamerican Academy of Management. Among many awards, he received the Losey Award by the Society for Human Resource Management Foundation for lifetime achievement in human resource research, AOM Research Methods Division Distinguished Career Award for lifetime contributions, AOM Entrepreneurship Division IDEA Thought Leader Award, and AOM Practice Theme Committee Scholar Practice Impact Award recognizing an outstanding scholar who has had an impact on policy making and managerial and organizational practices. Also, he received best-article-of-the-year awards from Journal of Management, Personnel Psychology, Journal of Organizational Behavior, Organizational Research Methods, and Academy of Management Perspectives. In addition to his academic activities, Professor Aguinis has consulted with organizations in the United States, Europe, and Latin America including Accenture, Goldman Sachs, the United Nations, TCI-AT&T, the City of San Francisco Police Department, and Sears Holdings Corp., among
others. He was appointed by the U.S. Department of State to serve a five-year term on the Board of Examiners for the United States Foreign Service and has provided expert testimony and written briefs for several high-profile court cases, including the highly publicized
Ricci v. DeStefano U.S. Supreme Court case involving firefighters in the City of New Haven (Connecticut). For more information, please visit http://www.hermanaguinis.com. 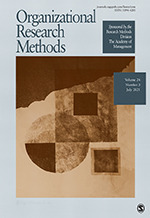 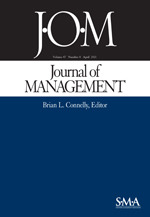