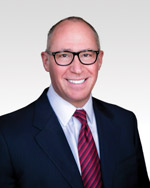 Evan Robb is presently principal of Johnson-Williams Middle School in Berryville, Virginia. He has served for more than twenty years as a building-level principal. Prior to being a school principal, he was an English teacher, department chair, and assistant principal. Evan is a recipient of the Horace Mann Educator of the Year Award. In addition, the NCTE Commission on Reading selected him to serve on its national board.

A TEDx speaker, Evan presents inspirational keynotes, workshops, and webinars on leadership, mindset, culture, impactful change, and how to improve literacy in schools. Evan has shared his ideas with thousands of educators at workshops across the United States and in other countries.

His first book, The Principal’s Leadership Sourcebook: Practices, Tools, and Strategies for Building a Thriving School Community, was published by Scholastic in the fall of 2007. His next book, The Ten-Minute Principal, was published by Corwin in May 2019. Evan Robb and Laura Robb collaborated with Dave Burgess Publishing to write TeamMakers, published in August 2019. In addition, Evan partnered with Laura Robb to write A School Full of Readers, with Benchmark Education, published in January 2020.