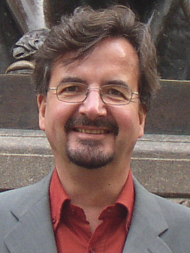 Prof. Dr. Thomas Risse is director of the Center for Transnational Relations, Foreign and Se-curity Policy at the Otto Suhr Institute of Political Science at the Freie Universität Berlin. Born in 1955, he received his PhD. from the University of Frankfurt in 1987. From 1997-2001, he was Joint Chair of International Relations at the European University Institute's Ro-bert Schuman Centre for Advanced Studies and the Department of Social and Political Sci-ences in Florence, Italy. His previous teaching and research appointments include the Peace Research Institute Frankfurt, the University of Konstanz, Germany, as well as Cornell and Yale Universities, and the University of Wyoming. He has also held visiting professorships at Stanford and Harvard Universities. Thomas Risse is co-ordinator of the Research Center 700 "Governance in Areas of Limited Statehood", funded by the German Research Foundation (DFG). He is founding director of the Berlin Graduate School for Transnational Studies, and has been chair of the Executive Committee of the Joint Master program in International Relations of the Freie Universität Berlin, the Humboldt Universität zu Berlin, and the University of Potsdam. He has been asso-ciate editor of the journal International Organization. In 2003, he received the Max Planck Research Prize for International Cooperation. Thomas Risse is the author of Cooperation among Democracies. The European Influence on U.S. Foreign Policy (Princeton University Press, 1995) and, among others, co-editor of The End of the West. Crisis and Change in the Atlantic Order (with Jeffrey Anderson and G. John Ikenberry, Cornell University Press, 2008), Regieren ohne Staat? Governance in Räumen begrenzter Staatlichkeit (with Ursula Lehmkuhl, Nomos, 2007), Handbook of International Relations (with Walter Carlsnaes and Beth Simmons, Sage, 2002), Transforming Europe. Europeanization and Domestic Change (with Maria Green Cowles and James Caporaso, Cornell University Press, 2001), and The Power of Human Rights. International Norms and Domestic Change (with Stephen C. Ropp and Kathryn Sikkink, Cambridge University Press, 1999).
Handbook of International Relations