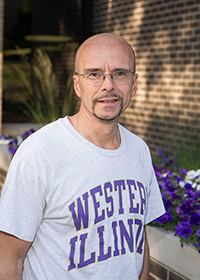 Dr. Sadler has worked in the broadcasting field since 1979 when he got his first on-air job at his hometown radio station in Gouverneur, New York.  Since then, he has worked as a DJ, producer, news reporter, news anchor, and faculty adviser at more than a dozen radio and TV stations in New York, Missouri, Oklahoma, Indiana, and Illinois.  Presently, he is a weekend DJ on WJEQ-FM in Macomb, Illinois and works during the summer months as a news reporter for WQAD-TV in Moline, Illinois.
Electronic Media Law