Author
We are experiencing issues with Microsoft services that are limiting some functionality on our website, such as the ability to log-in. If you need assistance, please contact orders@sagepub.com. Thank you for your patience and we apologise for the inconvenience. 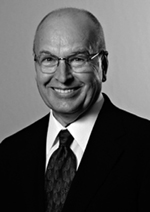 Dr. Denhardt has published a dozen books, including Just Plain Good Management, The Dance of Leadership, The New Public Service, Managing Human Behavior in Public and Nonprofit Organizations, The Pursuit of Significance, In the Shadow of Organization, Theories of Public Organiza­tion, and Public Administration: An Action Orientation.