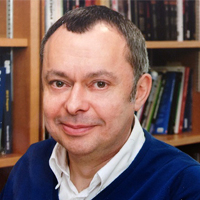 Jon Garland is a Reader in Criminology in the Department of Sociology at the University of Surrey. His main areas of research are in the fields of hate crime, rural racism, community and identity, policing and victimisation. He has just finished working on the Leicester Hate Crime Project, a two-year hate crime victimisation study funded by the Economic and Social Research Council. Prior to this he has been awarded research grants from the Home Office (to evaluate police diversity training); Leicester City Council (to conduct an audit of the local African Caribbean community); the European Union (to examine the issue of racism in football); and Greater Manchester Police (to evaluate police diversity training). He has also undertaken a number of projects examining the issue of rural racism, funded by three rural constabularies (Suffolk, Northamptonshire and Warwickshire) and associated partners.

Jon has published six books: Racism and Anti-racism in Football (with Mike Rowe); The Future of Football (with Mike Rowe and Dominic Malcolm), Youth Culture, Popular Music and the End of ‘Consensus’ (with the Subcultures Network), and (all with Neil Chakraborti) Rural Racism, Responding to Hate Crime: The Case for Connecting Policy and Research, and Hate Crime: Impact, Causes, and Consequences (now onto its second edition). He has also had numerous journal articles and reports published on issues of racism, the far-right, hate crime, policing, cultural criminology, and identity. He is on the Editorial Board of Law, Crime, Justice and Society and the Editorial Advisory Board of Crime Prevention and Community Safety: An International Journal.