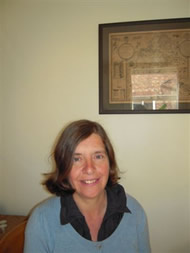 Janet Batsleer studied English at Cambridge and was a researchstudent at the Centre for Contemporary Cultural Studies at the University of Birmingham, when Professor Stuart Hall was Director. She worked as a youth and community worker for ten years before taking up a post as Lecturer in Youth and Community Work at Manchester Polytechnic in 1986. She has taught and conducted research in youth and community work since then, and was part of the team which established a Women's Studies M.A. at MMU,which ran successfully during the 1990's. Her research has focussed on anti-racist and feminist approaches to youth work; on the theory and practice of informal education in youth work settings; on alternative education traditions and the resources they offer to people whose lives are conducted at the margins of the mainstream. So,she has published on informal groupwork responses to young people who self-harm; on groupwork with South Asian women survivors of domestic violence; on arts-based practice with young men who are on the edge of the sex industry; as well as on lesbian,gay,queer and trans youth work. She is currently working on a new edition of 'Working with Girls and Young Women in Community Settings' (Ashgate 1996) which presents a feminist-inspired community-based approach to informal education for and with girls, linked to the Feminist Webs oral history initiative. She has completed project evaluations with The Blue Room, on the place of creativity in responses to young men who sell sex, and with Groundwork UK on developing strategies to increase the diversity of groups with whom they engage, including offering resources to people with long-term mental health difficulties, lesbian and gay communities, and to small minority ethnic communities in predominantly white areas.
What is Youth Work?
Informal Learning in Youth Work