Harold Pashler is Professor of Psychology at the University of California, San Diego.  He received undergraduate degrees in Psychology and in Logic & Philosophy of Science with honors from Brown University and his Ph.D. in Psychology from the University of Pennsylvania (1985).  His research interests include basic cognitive processes and mechanisms, selective attention and visual perception, and human learning and practice effects, with implications for how people can learn more efficiently.  He has authored and edited classic texts on attention (The Psychology of Attention, MIT Press, 1998; Attention, Taylor & Francis Press, 1998) and served as Editor in Chief of the Third Edition of the four-volume Stevens Handbook of Experimental Psychology (Wiley, 2001).  He is a Fellow of the Society of Experimental Psychologists and the American Psychological Society and received the Troland Research Award in 1999 from the National Academy of Sciences "for his many experimental breakthroughs in the study of spatial attention and executive control, and for his insightful analysis of human cognitive architecture."  He has served as an associate editor of Psychonomic Bulletin & Review and is on the editorial board of the Journal of Experimental Psychology, the American Journal of Psychology, Visual Cognition, and several other major journals within the field.
Encyclopedia of the Mind 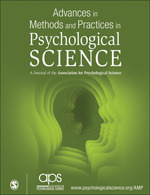