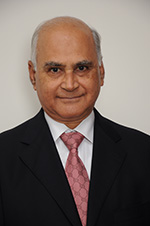 As chairman, Mr Bajpai transformed LIC to meet the challenges of deregulation and competition from global insurance companies. Under his leadership, LIC became a financial powerhouse with the largest asset base in the Indian subcontinent.

Currently, Mr Bajpai is a consultant on Corporate Governance and also a non-executive chairman and non-executive director of several corporates in India. He heads Intuit Consulting Pvt Ltd, a boutique consulting outfit engaged in providing high-quality value-added advice and service in building excellence in Corporate Governance. Several large corporates have benefited out of his sagacious advice. Improving the effectiveness of the board is a greatly admired advice of Mr Bajpai.

He has been a visiting faculty at leading institutes of manage­ment and training. He was the visiting Professor of Middlesex University, London. He is being regularly invited to speak at seminars in India and abroad. He has delivered lectures at London School of Economics (LSE), Harvard University and so on and also addressed OECD and IMF seminars. He has written three popular books: The Securities Market, Marketing of Insurances and How to Become a Super Successful Salesman.

He received a number of awards, notable among them being the ‘Outstanding Contribution to the Development of Finance’ award from the prime minister of India and ‘W. G. Chirmule Puraskar, 2014’ for commendable contribution in the fields of insurance and regulation of stock market.

The Essential Book of Corporate Governance