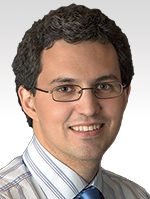 Dominic C. Moceri graduated with his Ph.D. in clinical psychology from Rutgers, The State University of New Jersey. While at Rutgers, Dominic's research focused on quantifying the dissemination, implementation, sustainability, and scalability of evidence-based practices in schools and other settings. Dominic was co-principal investigator of the initial SEL Report Card Indicator studies, the foundation for this book. Additionally, he was the lead creator of the Schools Implementing Towards Sustainability (SITS) scale, a user-friendly and scalable measure of the system of sustainable implementation framework (Moceri et al., 2012). He received his M.S. in clinical psychology from Rutgers and his B.A. with honors in psychology from the University of Michigan.

Dr. Moceri currently practices cognitive-behavioral therapy and conducts psychological assessments with children, adolescents, and adults in his home state of Michigan. He assesses and treats a wide variety of presenting problems, including anxiety, depression, inattention, hyperactivity, oppositionality, and rage attacks. He specializes in the treatment of obsessive-compulsive disorder, anxiety disorders, and tic disorders using exposure and response prevention and habit reversal training.