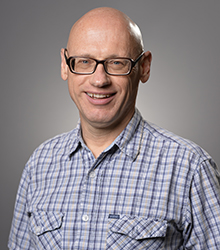 David Ludden is professor of psychology at Georgia Gwinnett College near Atlanta. He earned his Ph.D. in Cognitive Psychology at the University of Iowa in 2002. Although a psycholinguist by training, he has also had a secondary interest in the history of psychology from early in his career. His first faculty position after graduation was at a small liberal arts college where he was responsible for teaching half of the psychology curriculum. This experience greatly expanded his appreciation for the enormous diversity of viewpoints within the field of psychology. In 2014, he moved to Georgia Gwinnett College, where his main teaching responsibility is the capstone History and Systems of Psychology course, which thus provided the impetus for writing this book. A History of Modern Psychology is his second book, and it was preceded by The Psychology of Language in 2016, also published by SAGE. David Ludden lives in the greater Atlanta area with his wife and intellectual companion of thirty years, Yawen Ludden, who is a musicologist. She fills his life with great music, wonderful food, and an inimitable joie de vivre.

A History of Modern Psychology
The Psychology of Language