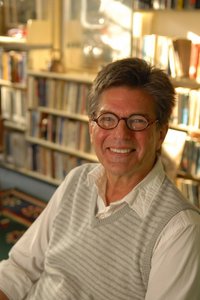 Calvin F. Exoo is Professor and Chair of Government at St. Lawrence University. He is also the author of Democracy Upside Down: Public Opinion and Cultural Hegemony in the United States and of The Politics of the Mass Media. His numerous articles on the politics of the mass media have appeared in such publications as Polity, New Political Science, The Journal of Ethnic Studies, The New York Times, The Times (London), The Baltimore Evening Sun, and the Los Angeles Times. In 2006, Exoo was selected as a Saul Sidore Lecturer at Plymouth State University, and in 2009, he was named Outstanding Faculty Member by the senior class at St.Lawrence University.
The Pen and the Sword