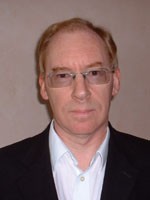 My main research interests include media violence, the impact of broadcast news, effects of television on public opinion, the effects of advertising on young people, the use and impact of new interactive media. I have also conducted research on a wide range of other media, marketing and management issues.

My recent research has centred on the use and impact of new media (in particular the Internet and digital interactive television). I am particularly interested in the use of the web as an information source and in the impact of Internet-related behaviour on use of other media, especially television.

I have continued to conduct research and to write about the influence of television advertising, among children and adults. Much of this recent work has focused on alcohol advertising and young people’s drinking. In addition, with two colleagues in my department, I recently conducted research for the Food Standards Agency on the nature of formula product advertising targeted at young mothers.

I have also been involved in research from the British Library with colleagues at University College London on the use of online tools for information search in the context of higher education.
Media Audiences
The Media and Body Image
Media Research Methods