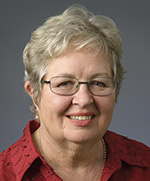 Alice W. Clark is a historian and scholar of gender and society in India, who has taught history and women’s studies at several universities in the San Francisco Bay Area, including Santa Clara University.  She most recently was the instructor on The Culture of India for the University of California-Berkeley Extension Online.  After completing her Ph.D. in Comparative World History from the University of Wisconsin, she pursued Indian women’s issues under postdoctoral fellowships in demography.   She has consulted on women’s and diversity issues in several countries, given numerous invited lectures, and lived in India for lengthy periods.  With valued professional daughters and grandchildren of her own, she is also involved, along with her husband, in social reproduction from a personal perspective.  In her spare time she enjoys being by the ocean, nature walks, conversation, folk music, reading, and visiting art museums and galleries.